"Brighter than the sun, more beautiful than words could ever say."

I got the call from our PNG medical student late at night on a Friday.  "Dokta - we have a young girl here with an open fracture of her arm."  Though our eager student wasn't on call that night, he was working in the ER in an effort to get some additional experience.  I made my way up to the hospital to help administer sedation and attempt a reduction.  When I got there, the 10-year-old girl thrashed about on the trauma bed.  Her ulna protruded at a disheartening angle through a break in her left forearm.  But her chaotic demeanor concerned me more at present.

She and some friends were walking across the roof of a large building near one of the coffee factories in our area.  I didn't stop to ponder what they might have been doing up there ... perhaps they had been promised some much-needed cash if they kept the roof clean.  In any case - she suffered a fall from the roof onto the cement floor some 8-10 meters below.

While the obvious fracture created a bit of a squeamish upset in my stomach, the bruising around her eyes and her altered mental status worried me most.  She had suffered a significant closed head injury.  I put her to sleep and our nurses established IV access, got suction available for her airway and brought the ultrasound machine over.  Over the next 30 minutes we stabilized her neck, ruled out significant internal hemorrhage, and ferociously reduced her open fracture and applied a splint.  But then came the hard part.

I took her mother aside and explained that her daughter likely had a significant head injury.  She was resting now, but if the damage was severe, there was a chance she would never wake up.  As the fear grew in her eyes, our little patient - her child - was taken to the pediatrics ward.  We prayed together and as I made my way home I wondered what would happen to this little girl - scared that she would breathe her last before I could come back for morning rounds. 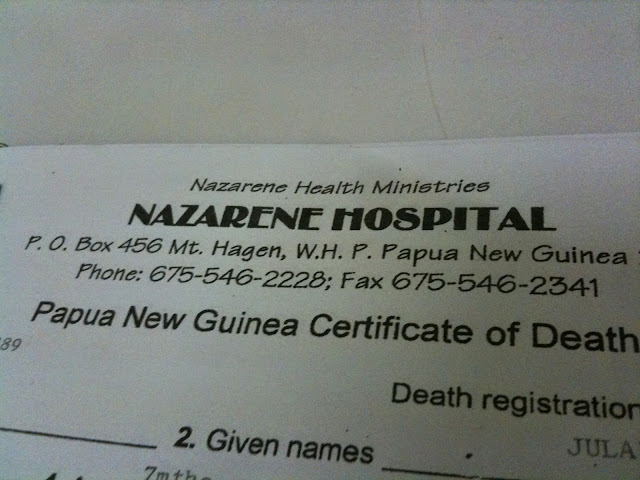 On March 11th, about a month after our return to PNG for our 4th term of service at Kudjip, the WHO declared a pandemic of COVID19 - the illness caused by a novel Coronavirus which first emerged in China at the end of last year.  Shortly after that, a case was detected in Papua New Guinea in a traveler from overseas.  A state of emergency was declared, travel was halted, the health system made every effort to prepare for this infection which seemed to be ravaging Italy and parts of Europe at the time.  And my spirit entered a season of fear I hadn't known previously.  What would happen to our facility?  Our patients?  My family?

I went to my usual service in the hospital - performing C-sections, delivering babies, handling emergencies, stabilizing AIDS patients, hunting out Tuberculosis and caring for malnourished infants.  I washed my hands until my fingers were raw, put on my medical mask, and kept my "Peter Parker" glasses on in case of getting coughed on.  But something was different.  I wasn't grabbing my patient's hands to pray with them much.  I was "efficient" in my exam - trying to minimize my exposure.  I was keeping my distance because I was afraid.

Weeks went on.  Our hospital physician staff dwindled - overwork and travel restrictions taking their toll on us.  It felt like this new illness would push us past a tipping point ... not because we were overrun with its victims, but because of so much collateral damage.

In the garden of Gethsemene, Jesus' soul was grieved to the point of death - he was sweating blood.  He was afraid of His coming execution - with a fear that could easily have crippled Him and left Him incapable of fulfilling His mission to endure and defeat sin on the cross.  What could move Him past that and give him the strength to pursue a shameful death?

As I sat on my porch swing looking out over the mountains as the sun rose, it hit me.  "Perfect love casts out fear" (1 John 4:18).

And I was free.

The next day, my little patient showed no sign of change.  She was completely unresponsive.  Her mother's fear gave way to a couple hours sleep, but the emotional toll was evident in her entire countenance.  I set a few things in order regarding her fluids and medications and again prayed for her life to be spared - but more convinced that we would soon see an empty bed there.  But the next morning, a little girl sat in that bed with a bulky splint covering her arm, two significant bruises around her eyes and a small smile that her doctor and her mother had nearly given up hope of ever seeing. 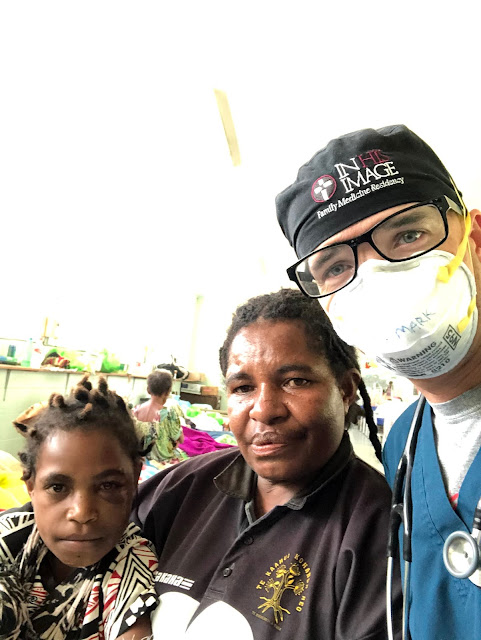 I still put on my mask.  I still wash my hands.  I still wear my ugly glasses and come home with a checkered face for a couple hours.  But I can, once again, embrace the mission.  Not because it is free from risk or fear, but because there is a way to drive that out - replacing it with the Love that put me here in the first place.

"Your Love amazing - fills my heart and I sing out.