"He hears the brokenhearted
He binds their wounds"
-Estherlyn

Not for the first time, my vision blurred as I examined the patient in front of me.  This baby, less than a few hours old, appeared healthy.  Pink skin, good muscle tone, breathing well, crying strongly.

It was the crying that went to me and brought my own tears, clouding my vision.  I knew what this child couldn't yet comprehend - that she would never know her mother.  Only a few minutes prior, I removed the breathing tube I had inserted in our attempts to resuscitate her, and helped prepare her body to give to the new grandparents.

"Josephine" had delivered her baby at home.  After the delivery, as her father explained to me, she bled heavily and simply wouldn't stop.  She collapsed, and the desperate family scrambled in the early morning hours to find someone with a vehicle to bring her to Kudjip.  When they arrived, our newest doctor, Matt Woodley, and I saw them carrying her limp body onto one of our exam tables.  An anxious relative walked in behind her, with a new baby bilum over her head.  We attempted CPR and placed a breathing tube, giving medicine to try and restart her heart but she likely had died before ever arriving in our hospital and I couldn't bring this baby's mother back for her. 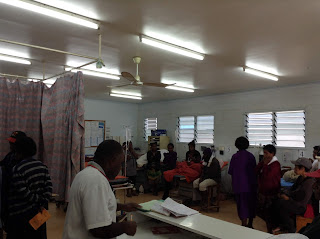 Josephine on the left behind curtains, her mother and baby on the right at bed 4

USA Today recently ran an investigative article looking at the maternal mortality rate in the US, bemoaning how high it is and highlighting a few stories from the 700 cases of mothers who died around childbirth there last year.  The piece makes for compelling reading, a call for action on the "abysmal" safety of delivering a baby in the US.  But it also captures something else ... the impressive ability of our human condition to focus on us ... our country, our people, our problems and what we can see.  What it neglects is the tragic reality the rest of the world faces - that becoming a mother often truly represents the most dangerous thing for a woman to do.  The reality of orphans around the world, crying fruitlessly for their first feed at their mother's breast.

“We’re not talking about a Third World country, we’re talking about us, here.  This shouldn't be happening here."
-Trainer, The American Hospital Association 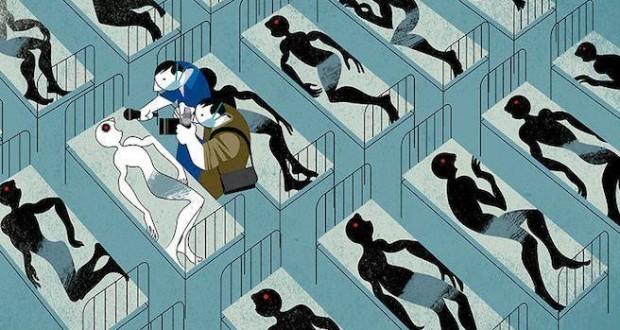 Josephine's grandmother watched attentively through muffled sobs as I examined her new granddaughter.  She said that another woman in their tribe recently had a baby and could breastfeed this hungry child.  Her father was already helping some of her brothers to lift Josephine's body back into a vehicle that would take her home for burial.  In less than thirty minutes their grief and struggles became the overwhelming reality that swallowed the heart of this medical missionary.  Then she disappeared out of sight again, back to a family that is tragically all too familiar with this kind of loss.  And much of the world could care little less, only occasionally remarking on depressing numbers.  Numbers that it has somehow chosen to accept as inevitable for orphans in the "third world."

"Crying is all right while it lasts.  But you have to stop sooner or later, and then you still have to decide what to do."
-CS Lewis

For nearly five years I have absorbed some of the challenges of the PNG highlanders whose crumbling health services remain conveniently shadowed in the remote jungles of this Pacific island.  But as many as I can touch, help, suture and resuscitate I know that there are important ways to move upstream.  For me, teaching is an important step in this process.

During our last furlough, I became an instructor for a course that teaches practical obstetrics skills in an effort to curb the suffering of mothers and babies in childbirth.  In a few weeks, a team from In His Image in Tulsa, Oklahoma will join me in conducting the first of these courses here in Papua New Guinea.  We are aiming to teach staff from many hospitals throughout Papua New Guinea during the PNG Medical Symposium.

While I trust that skills we teach can make a difference in the lives of mothers throughout Papua New Guinea, my other prayer is that we could raise the awareness of their struggle.  A struggle shared with mothers around the world who deliver babies in surroundings that have no access to services that are often taken for granted in other places.

While I look to teach others some skills to make a difference in these women's lives, I hope that those challenges may one day catch the attention of a world sometimes spinning too fast to take notice.


In the last 2 weeks we have hosted the first 2 ALSO courses for Papua New Guinea physicians.
What a privilege to be part of the Society for Rural & Remote Health and to meet and
work with great doctors who want to make a difference for the mothers and babies
of rural Papua New Guinea. 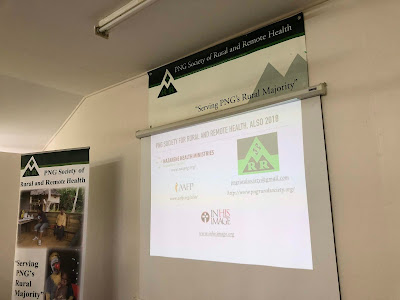 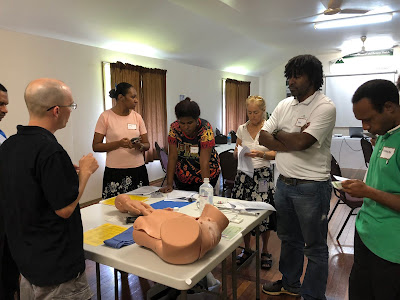