"We were so utterly burdened beyond our strength that we despaired of life itself.  Indeed, we felt that we had received the sentence of death.  But that was to make us rely not on ourselves but on God who raises the dead."
-2 Corinthians 1:8-9
For the past month or so, I've been working on our obstetric and nursery ward.  OB is challenging here.  In the states, doctors attend nearly every delivery.  90% of them are a straight-forward, joyous occasion and mostly I just "caught" babies and congratulated parents.  At Kudjip, the nurses attend uncomplicated births and the doctors are only called if there are problems.  After a month of these complications, my heart begins to ache for the babies I can't save.  I could say my emotional and spiritual pulse ebb away at times as I see babies die and mothers suffer.
Two weeks ago, Dambo came during her third pregnancy with bleeding.  Dambo suffered from placenta previa and a hemoglobin of 4 (normal 12-16) requiring multiple blood transfusions when she got to Kudjip.   Her blood loss stopped, her baby survived and we watched her closely, knowing that at only 7-and-a-half months pregnant her baby might struggle if delivered.

On my last call, Dambo began bleeding again and her little baby's heart rate raced along at 170 beats per minute.  I decided to deliver her baby by cesarean section immediately.  Once I got him in my arms, though, I wondered about his chances - he only weighed 1.6 kg (3 pounds, 8 ounces).  I sent the baby to the nursery while Dr Mike and I finished Dambo's procedure while giving her yet more blood.

The nurses working on my obstetrics ward summoned me in the middle of rounds to evaluate a patient who had just arrived from a rural health center.

Sharah delivered her baby at three in the morning at home.  Lo and behold, a second baby needed delivering, but it was lying sideways.  The officer at the health center felt a hand in the birth canal and immediately sent her to us.

I couldn't doppler the baby's heart beat so put an ultrasound machine on.  It was difficult to see and I worried the baby had died already.  Bill joined me and we both felt that perhaps there was a faint pulse after all but not convinced that we could appreciate it.  But the baby was still lying sideways unable to deliver quickly and with only a very faint and slow pulse. 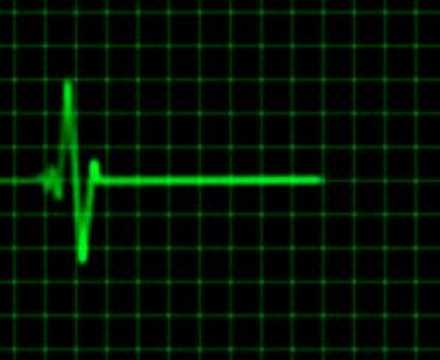 According to the Advanced Life Support in Obstetrics manual, an Internal Podalic Version is probably the most dangerous procedure allowed in modern obstetrics.  It involves reaching into the uterus, manipulating the unborn child so that its feet present in the birth canal, and then delivering the baby in a breech fashion.  Complications including separating the placenta leading to bleeding for mom and baby as well as head entrapment during the breech extraction, both of which can be fatal.  Sound complicated?

Dr. Bill manipulated the baby into a feet-first position and I helped our registrar Imelda deliver the baby breech.  However, the baby didn't breathe.  Imelda stimulated the baby, suctioned its nose and mouth and I gave artificial respirations through a bag.  The baby gained a pulse and her color went from ghostly pale to pink, but she wasn't moving any of her limbs as I carried her to our nursery.  I fought back tears because we still had work to do, but inwardly, I was convinced we had delivered a baby who would soon die. 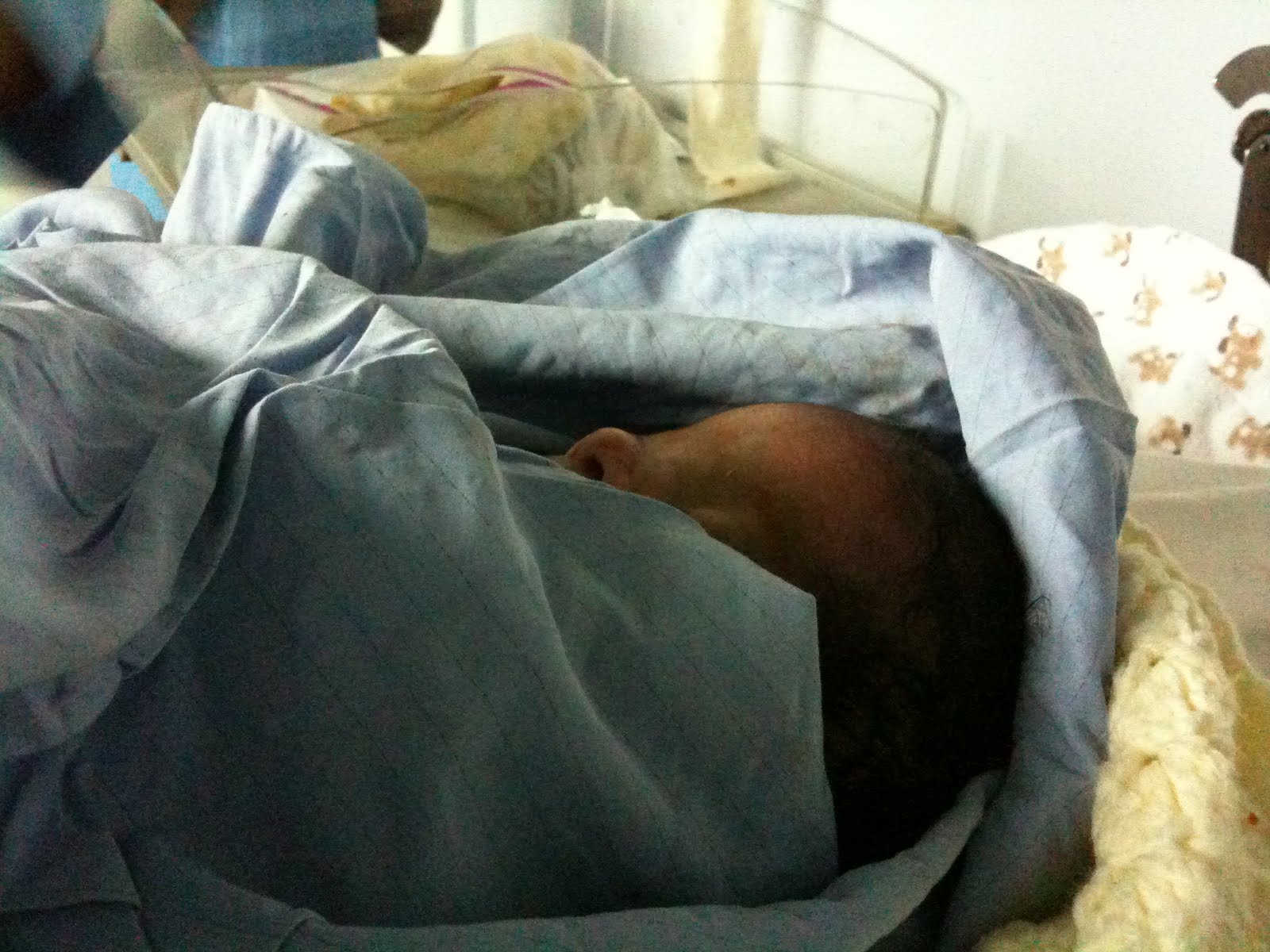 I've been thinking a lot lately about the discrepancies between life here and my life back in the States.  I took so much for granted there.  Mothers and babies didn't die.  In fact, if a complication came up during a delivery, even though everyone usually came out well, doctors panicked and parents worried.  I worried myself sick in residency because a baby I chose to deliver ended up in the (excellent) NICU at our hospital.

What about the rest of the world?  Who may or may not survive their birth, grow up in poverty, give everything they have just to get an eighth grade education and still gladly take on the dangerous blessing of bearing and raising their own families.  Can I not trust that God will look after the concerns in my life knowing that most of the world has to rely on His grace for their food, health and survival every day? 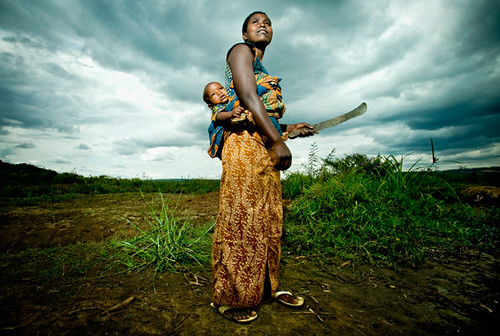 For two days, Dambo's baby did well in our nursery.  Dambo, however, continued to bleed from her surgery and needed multiple transfusions of blood again.  It looked as though her baby would out-live her.


The morning after Sharah's twin birth, I went to see her baby girl.  Amazingly, she moved all of her extremities, breathed well and even startled at the touch of my stethoscope on her chest.  I took a chance and removed her oxygen (we've run out a lot lately) and let her breastfeed.

On day three of Dambo's ordeal, her little boy took a dramatic turn for the worse while his mother improved miraculously.  Within hours, Dambo had turned her corner, but her baby deteriorated.

Sharah's baby girl and her twin brother are going home.  From a breathless and pulse-less baby to a new life with untold potential in front of her.

However, Dambo's baby died two days ago, likely from complications of being born too early due to his mother's unstable condition.

Sharah and Dambo both spent the last several months getting excited about the prospects of the new life coming to their families.  Neither of them expected trouble.  Both came to Kudjip because the new lives they held developed problems.  Both received the best medical care I could give them.

Yet Dambo barely survived her surgery and lost her baby.  Sharah survived with two healthy children.
Sharah and her husband love on two new babies.  Dambo and her husband, who never left either her or the baby's bedside, must go back to their same life after the expectation of a new baby.
"[Jesus'] appearance in our midst has made it undeniably clear that changing the human heart and changing human society are not separate tasks, but are as interconnected as the two beams of the cross."
-Henri Nouwen
After trying to complete this post for several days, I've realized why I struggle to reconcile the life of security and comfort I know in the States with what I find here in Papua New Guinea.  I found myself frustrated that as a Christian in the U.S. I rarely encountered difficult life and death situations, even as a physician.  But in PNG I see them, experience them, operate on them, lose sleep over and pray for them every day.

I wish I could balance the woes of the world with the relative comfort and ease in America.  But for now, I feel compelled to act on behalf of those specific people that God brings us here.  While it may not change the world, I pray I can work for life in some that come under my care.