Next week will begin a difficult stretch of time at Kudjip.  Dr. Bill McCoy, who has served here nearly twenty years, will be going back to the States on a four-month home assignment.  When I (or nearly anyone else here) gets stumped by a patient we usually go to Bill for advice and direction.  For the next few months we won't get to use this resource.  Beyond that, Esther and I depend on he and his wife Marsha for mentoring in our role as a new missionary family here. 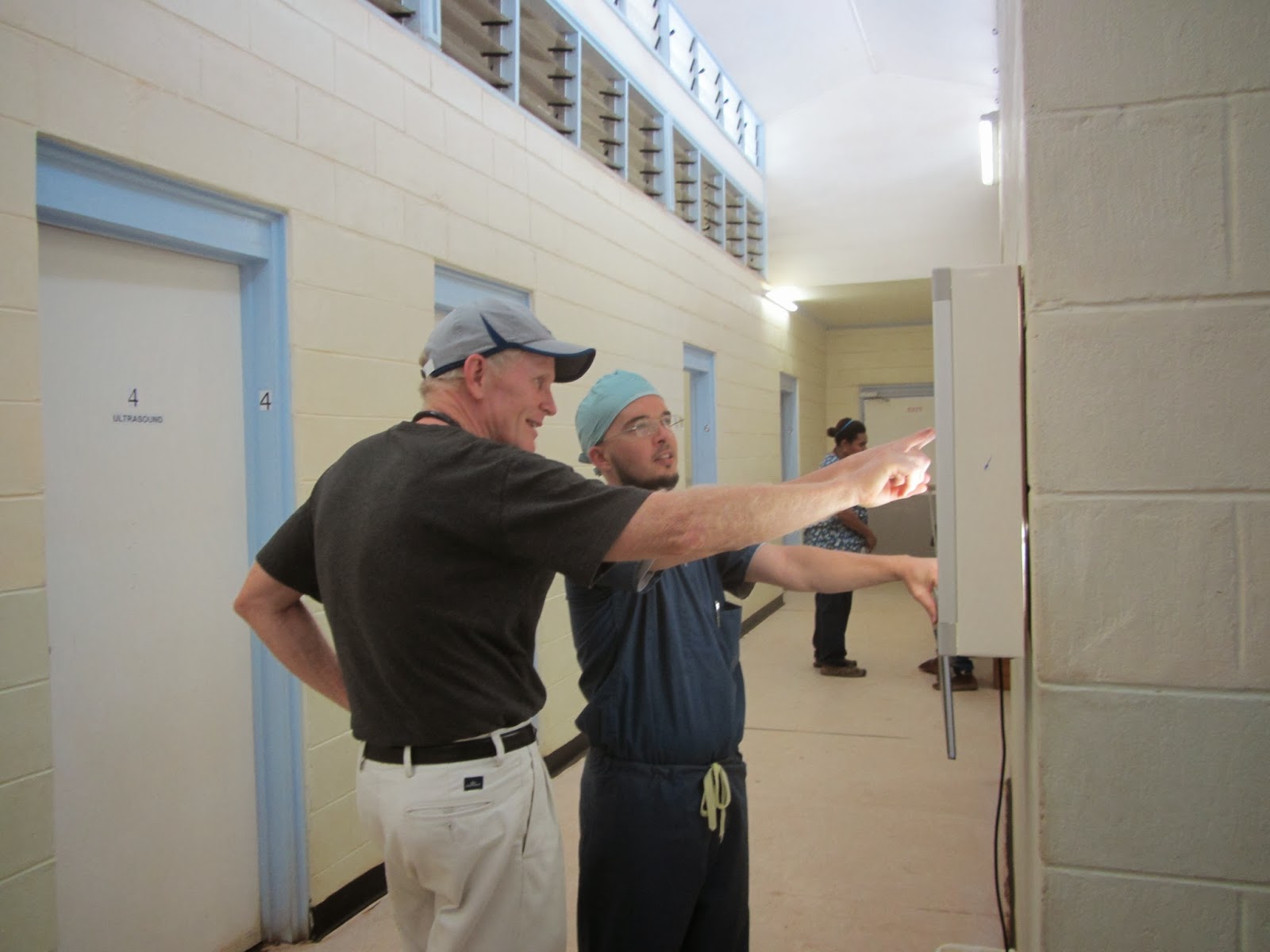 Bill walks me through an X-ray on my first day

Our prayer is that Bill gets to deliver our new baby in the next eight days before he heads back home.  Esther feels that the time is close.  It means big changes in our house, of course, but we appreciate the love and support of our new friends here at Kudjip and the thoughts and prayers of friends and family back home for our newest treasure. 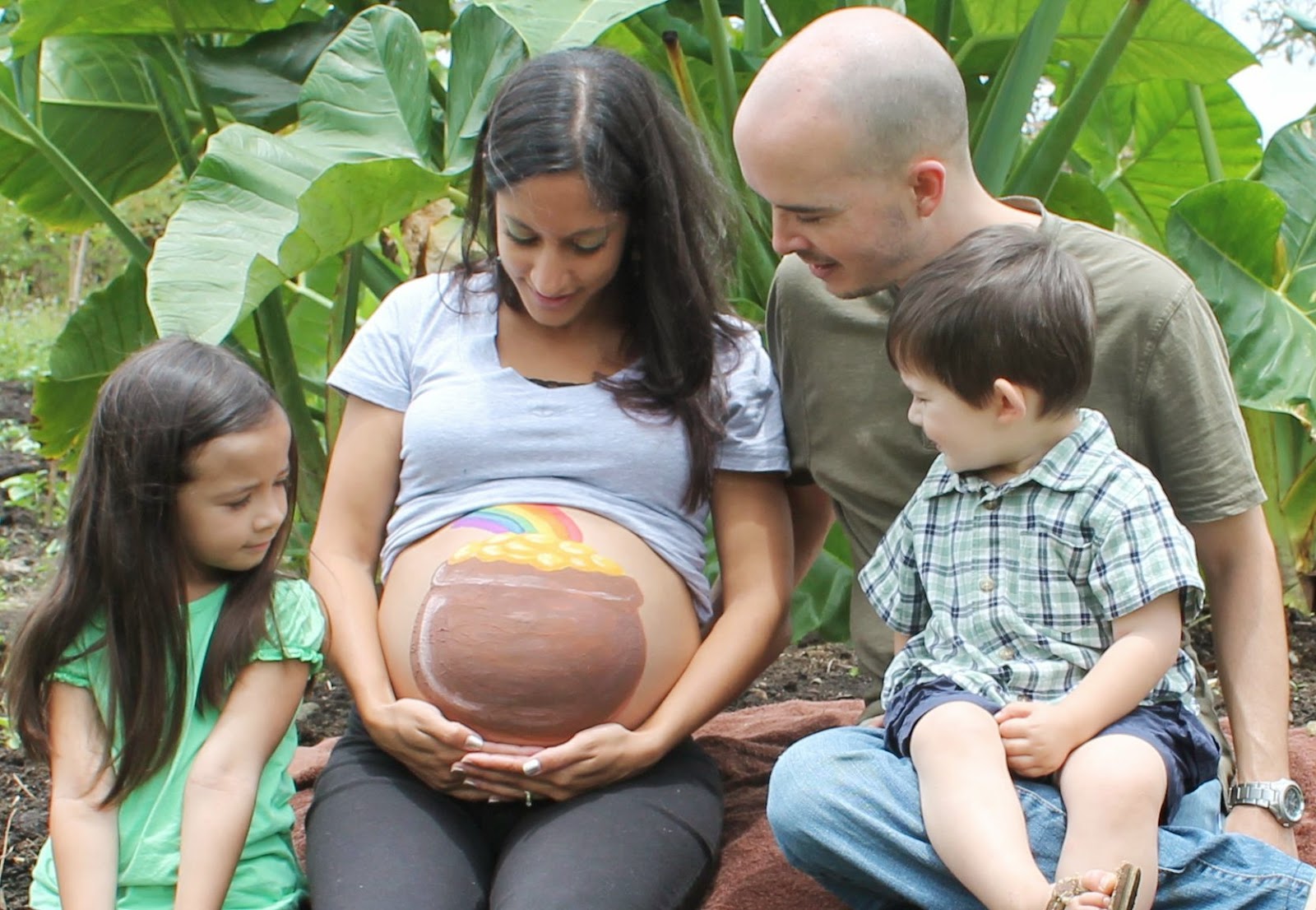 This week I'm covering the Surgery ward for our surgeon Dr. Jim Radcliffe, who enjoys a well-deserved vacation for Spring Break.  I enjoy surgery, but I am certainly not a surgeon.  So far, the patients have done well without complications and Dr. Scot Pringle (visiting Gynecologist) helps with surgical patients and cases in Jim's absence.  My time at Kudjip stretches me professionally to say the least.  The risks, losses and rewards are great.

I wrote previously about a man who suffered several wounds from a suspicious relative.  He continues to recover and I pray for him, his son Tony and their entire family line who have fallen into a tribal conflict. 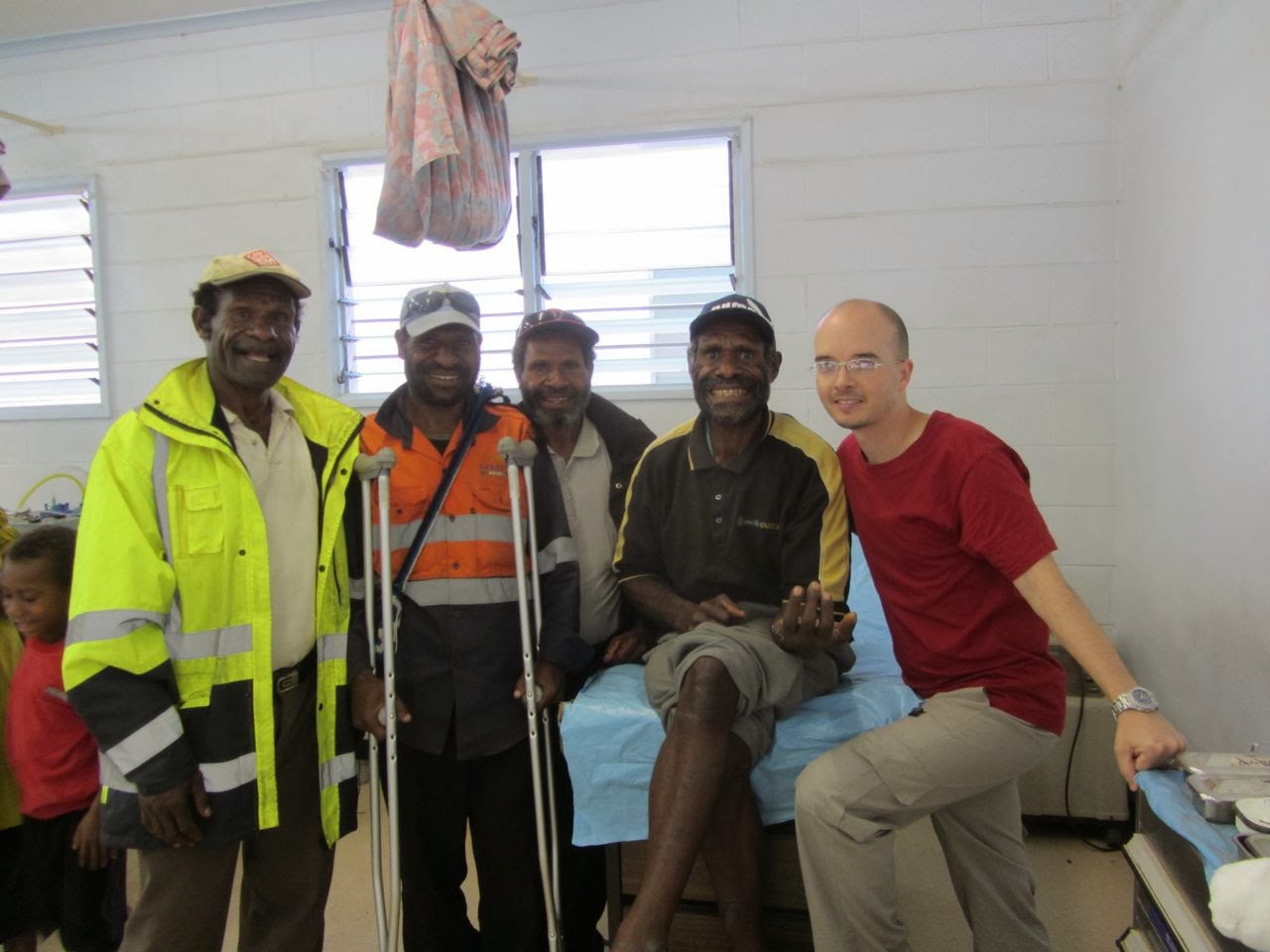 There have been more than a few miracles around here lately as well.  Haddie, a young girl who suffered from Pigbel and spent months in the hospital is home!  She began eating on her own and though she is still weak, she's back to the care of her family to return for occasional checkups here.  Most of the doctors and staff here felt that Haddie wouldn't survive, but God had other plans.  Another one of my premature babies is doing well, has gained weight and is almost entirely breast feeding meaning that home is just around the corner.  Pray for Kepis when she takes this little one home to a house where she already looks after four other children. 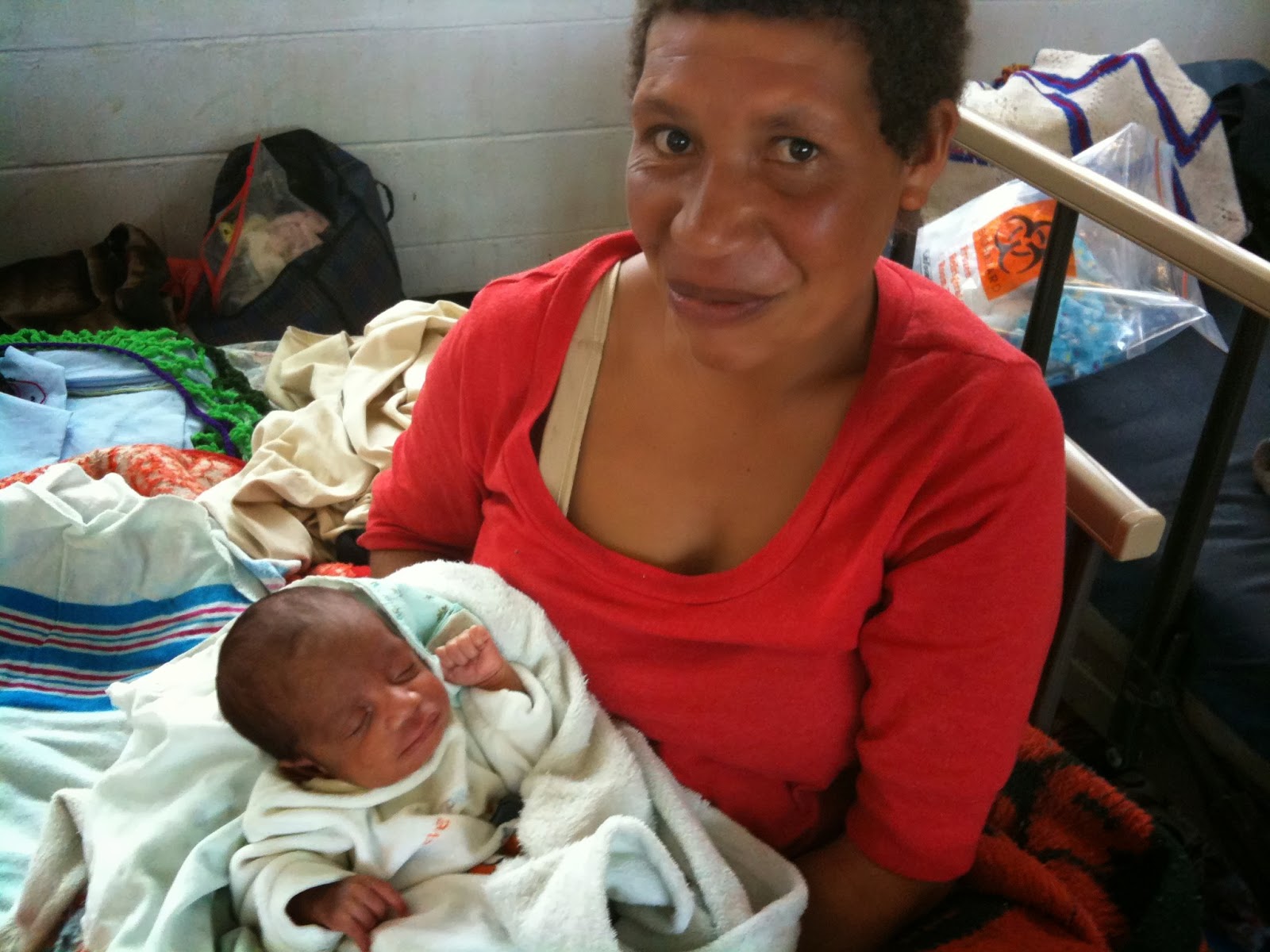 
I love seeing God's grace on patients here, but of course there are some that don't thrive or even survive.  Dr. Jim counseled me the the other day that we can probably really help about 60-80% of the people we see here.  But the others we must try to show Christ's love even if we have nothing material or medical to offer them.

My last night of call pushed my limits a bit.  It seemed every thirty minutes the phone rang for something.  About one o'clock in the morning I was called to our pediatric "A" ward for a child that was gasping for breath and listless, nearly unconscious.  When I arrived my heart sank.  Two-year-old Resley came to the clinic the day before for recurrent bouts of diarrhea and vomiting for nearly a year, but particularly bad the past two weeks.  I admitted him worried about dehydration and severe malnutrition as he hadn't gained any weight since he was twelve months old.  Resley also suffered from hypoglycemia.  I gave him some sugar, started his fluids and admitted him to the ward.  Now, about twelve hours later, his blood sugar was extremely high.  I changed his fluids, gave him oxygen and prayed with his father, Taman.

In the early morning, about five o'clock, when the sun had just crested the hills and roosters were warming up, I got called back to A ward.  My heart sank as I made my way to the hospital, knowing that this must be Resley.  He had quit breathing and had no pulse.  We resuscitated him to the best of our ability but without success.  Taman wept - he had nine children: eight girls and Resley, his only son.

I still don't know what happened to Resley - I suspect he had a glucose metabolism disorder which might explain his failure to thrive since weaning from breast-milk and poor ability to tolerate solid foods.

That day I went back through Resley's illness, trying to figure out if there might have been something I missed or managed incorrectly.  He was certainly ill, but I took it hard that he didn't last the night.  Then a mother brought me her thirteen-month-old daughter who was malnourished and dehydrated and I admitted her to hospital.  I struggled with the paperwork, going through my orders with a fine-toothed-comb and had Bill double check me.  He could tell I was accepting too much blame for Resley's death and told me as much.

Perhaps I made a mistake.  Perhaps there was something I missed.  Or perhaps, in God's providence, Resley's life and death will make an impact that I'll never understand or appreciate.  I see now that while our efforts here are mixed with God's grace, there are things that we still cannot do or cannot do well.  Whatever happened to Resley, his life and death taught me to accept that though redeemed, I am still flawed.  In spite of my flaws, God can make my efforts fruitful for those that he brings under my care.  Even if it is only 60-80% of the time.


Do I dare to dream
of a Kingdom where I'm not King.
Of a richness without dollars
and my life belongs to others
and I would gladly be the least of these.