Lately I've not been able to get this song out of my head.  I didn't know why, but the words kept creeping into my day.  In the past week or two, I think I've needed it.

In June we didn't get the vaccines that we needed and I despondantly looked into our empty freezers again this week after asking sister Leah if we'd received any.  Still no, which means hundreds of babies are going without vaccines through no fault of their mothers who are still making the effort to get here.

Two mothers came to see me last week at about 5 months pregnant whose water had already broken.  One of them asked me to give medicine to complete a miscarriage for her, but after seeing the baby's heart-beat, I kept her in the hospital to see if we could protect her long enough to give the baby a chance to live. 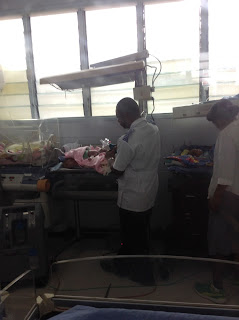 On Monday, Levi began having coughing fits and wheezing.  Dr. Bill graciously came to see him that evening while I was knee-deep in Obstetrical complications at the hospital.  After his scare last year, every cough or sniffle he gets sets me on edge.

One of Esther's patients a few weeks ago told her, "I pray that Lord would just take me, I am so miserable"  For better or worse, I think Oipa's prayers are being answered because he is deteriorating and I can't help him anymore.  But his daughter still takes care of him and I know she dreads what is now inevitable. 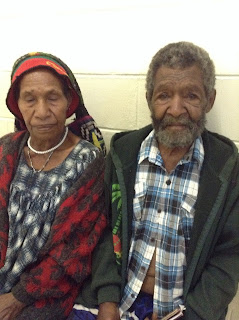 At times I feel like the work here is just a string of fears and burdens.  Sometimes, I walk to the hospital every morning as the sun crests above the mountains around me, and with every step I dread walking into the nursery and finding empty cribs.  Or empty beds where I've admitted patients who don't survive.  Or empty freezers where I should have vaccines to protect the vulnerable children of PNG.  And the next step becomes a burden as I'm tempted to go back to my house, my family or my home country where I don't experience the same fears.

A little boy named Joshua came to Kudjip nearly eight months ago.  His family lived near our hospital, but he fell ill while visiting relatives and was admitted to the nearby government hospital.  After some days, Joshua died and the family brought his body home on a public motor vehicle.  Incredibly, though, while passing our hospital, Joshua began breathing again and was brought into the emergency room, where Dr. Andy Bennett resuscitated him and admitted him to our pediatric ward.

For several weeks, I saw Joshua on weekends, paralyzed and unable to eat or communicate due to what was likely Tuberculous meningitis.  After some time, Joshua wasn't in the hospital when I made weekend rounds.  Bed A7 became another empty bed - confirming in my mind those fears that I carried to the hospital that morning. 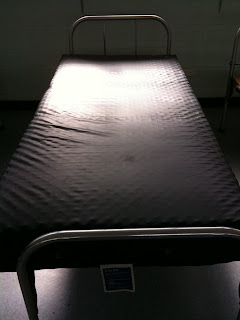 My mentor, Bill McCoy, wrote an incredible book collecting the stories of his patients in thirty years of missionary service.  But the story that moves me most is his own.  In it, he relays the familiar tale of a little boy walking along a beach full of stranded starfish.  As the boy tosses them into the ocean, a stranger berates him saying that he can't make a difference given the number of doomed starfish on the beach.  The boy replies as he throws one back, "I made a difference to that one"

About two weeks ago a grandmother brought a child to my room.  It was one of those days full of fear and burden - a day that I just wanted to be home.  I looked in the record book to find what their concern was.  Apparently this boy had one or two isolated seizures in the past few weeks.  I asked the grandmother if the child had seizures in the past.  She said he did last year, for several weeks, after staying in the hospital here for some months.

I flipped a couple pages back.

I turned the book over to see the name on the front.

Joshua sat before me,  smiling in his grandmother's arms.  At first I couldn't believe it.  I turned the book over and over.

"Is this the boy who died at Hagen and came here last year?"

I asked Joshua to walk to me and he took several unsteady steps across the room before falling into my arms laughing and smiling while his grandmother enjoyed my surprise. 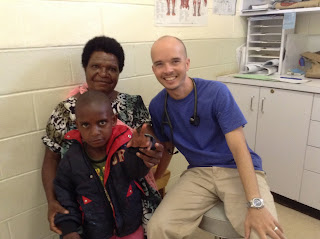 The traditional moral of the story is that I should have an attitude like that little boy - hoping to touch the lives of a few even if I can't make a difference for the many.  But the beach is too full of starfish and I can't keep that up.  I see fears and burdens everywhere, and if I think I'm the one making a difference I will lose heart.

The truth is that I am a starfish - whom God mercifully threw into the life-giving waters.  When I surrender to this idea, my burden becomes wonder.  Wonder that a loving God would count me worth His son.  Wonder that He's given me some abilities to potentially help others away from their own fears and burdens.

"Your love has won it all
You took the fall
To embrace my sorrows
I know You took the fight
You came and died but the grave was borrowed
I know You stood again
So I can stand with a life to follow
In the light of Your name"
Posted by Mark Crouch at 2:17 PM