Working at Kudjip has brought several firsts into my practice of medicine.  Before working here I never performed a bone marrow graft into non-union fractures.  I never took care of patients with Typhoid fever or severe malnutrition.  I never before resuscitated a child.  Now I've done each of these, but every day I feel like I'm in un-chartered waters at least once.

A few weeks ago a young child came to our hospital with fevers and a bad cough.  The baby suffered both of these for a week or two before coming to the hospital, but stopped eating and drinking so her mother brought her to us.

In severe cases of pneumonia (chest infections) occasionally fluid collects around the lung, compressing it and restricting its ability to expand.  When germs infect this fluid we call it an empyema.   Young Serah had an empyema, which is rarely seen in developed nations where these kinds of infections are usually treated early in their course.

To treat empyema, a patient needs strong antibiotics given through an intravenous catheter.  But if the infected fluid remains the chances of the infection clearing are not great.  I attempted to remove some of Serah's fluid with a small needle, but the procedure resulted in air also collecting in her chest, called a pneumothorax.  So the fluid and air needs to be drained, which means placing a tube in the chest.  Once during residency I performed this procedure on an adult chest under the close supervision of a surgeon.  During a training conference.  On a cadaver.

But a few weeks ago little Serah needed a chest tube.  Thankfully, I again performed this procedure under the supervision of a surgeon.  But placing a scalpel over the chest of an infant and then pushing a tube into their lung space still made me sweat. 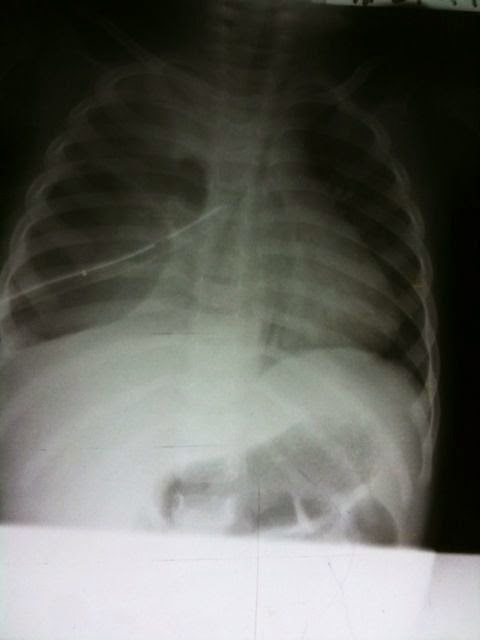 My first chest tube, on a smaller-than-anticipated chest

It took several days, but eventually Serah started eating again and her fevers resolved.  Initially scared for her daughter's life, her mother soon accepted my prayers gratefully when I rounded on her in the hospital wards.  Before long, Serah's empyema improved. 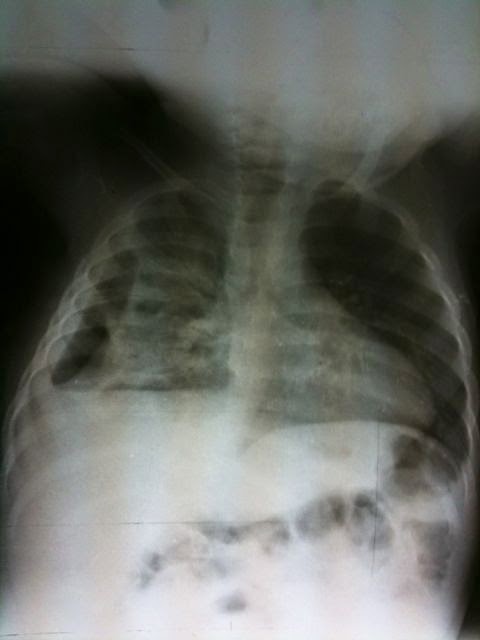 Serah was able to go home soon after and came back a week later looking much better. 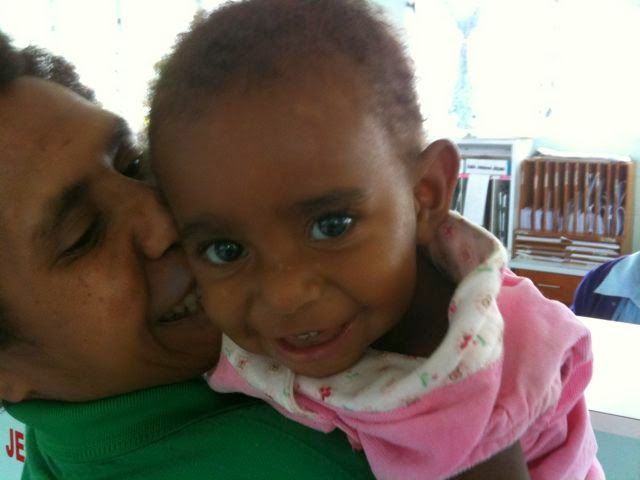 Recently I performed another first, but with somewhat less satisfying results.


Jerothy presented to our obstetrics department with edema in her legs.  Dr Erin checked her blood pressure over the course of the afternoon and found it severely elevated.  He reflexes were brisk so she started treatment for pre-eclampsia while preparing for her delivery.  Because her baby was breech (feet first) she needed a Cesarean.  It was my call night so she let me know and I told the operating theater staff to get ready, thinking this would be a straight-forward case since she had no previous surgeries.

As we wheeled Jerothy into the operating room, her HIV test result came back positive, which she previously did not suspect.  I told myself I would give her the bad news after her surgery.

I made an incision along her abdomen, exposed the uterus and then cut through it and delivered her healthy baby.  As I tried to separate the placenta and conclude the surgery, I could tell something wasn't right.  It wouldn't come out.  I took her uterus out of her abdomen and discovered that her placenta had grown through the uterus and was now bleeding into her abdomen, a condition called placenta percreta.

Jerothy's blood pressure got as low as 51/30 and her pulse up to about 130 while the OR team scrambled to get another IV going and start a blood transfusion.  We had to put Jerothy to sleep because of the now complicated surgery.  Dr. Jim arrived promptly and we performed an emergency hysterectomy.  Miraculously, Jerothy survived her operation, though she later had a seizure on the ward from her eclampsia.

I've been to see Jerothy a couple of times since her surgery.  At first, I think she was in shock.  Today I got the impression she was in denial.

She experienced quite a rude awakening from that surgery.  Not only did she learn that she could have no more children (after this, her first one) but that she contracted HIV as well.  I prayed with Jerothy and our chaplains have seen her a couple times.

What is going through her mind?  Arriving at our hospital, she and her husband happily anticipated the arrival of her first baby.  Now their relationship is fractured by HIV and she can never get pregnant again.  All of this was true before she came to us, and had Jerothy gone anywhere else that night, she would have died from her condition.  But I wonder if our bringing her all of this bad news eclipses the help that we were able to give her.

I hope not.  And I pray that she and her husband would take joy in the new life God's given them.  That they would stay together.  That her baby would not contract HIV.  And that she would live and find purpose in this life despite the circumstances that have fallen to her.