To find each other

"To see the world, things dangerous to come to, to see behind walls, draw closer, to find each other, and to feel. That is the purpose of life."
-The Secret Life of Walter Mitty

About six weeks ago, Nellie's parents brought her to Kudjip hospital in great distress.  She experienced high fevers for several days and then began to drift in and out of consciousness.  Once she arrived, Dr. Erin Meier treated her for meningitis but she failed to show significant response.

Around here if a patient looks infected but doesn't respond to our usual medicines, we quickly suspect Tuberculosis.  Rare in the United States and other developed nations, Kudjip hospital registered 565 new TB cases last year alone.  The average person with Tuberculosis exposes about ten additional people per year.

Nellie's condition worsened - she went comatose and couldn't communicate or eat or drink.  Dr. Bill McCoy place a feeding tube through her nose into her stomach to administer treatment for Tuberculosis of the brain.  Over some days and weeks, Nellie showed gradual improvement.

This week I've been working in our Primary Health Services department, helping in programs from Antenatal care and immunizations to TB and HIV clinics.  Our devotional on Wednesday morning happened on the TB ward.  Nellie sang in broken tones our hymns and said "Tank yu" to Tolbai who led the devotions that morning.  Her mother lovingly calmed her when she had fits of agitation in her wheelchair.

I realized as I watched Nellie and her mother what a common bond exists across the world for family.  Nellie will never have a normal life.  While she shows some improvement, she will likely have serious mental deficits forever.  Yet her mother cares for her tenderly, thankful that she is alive. 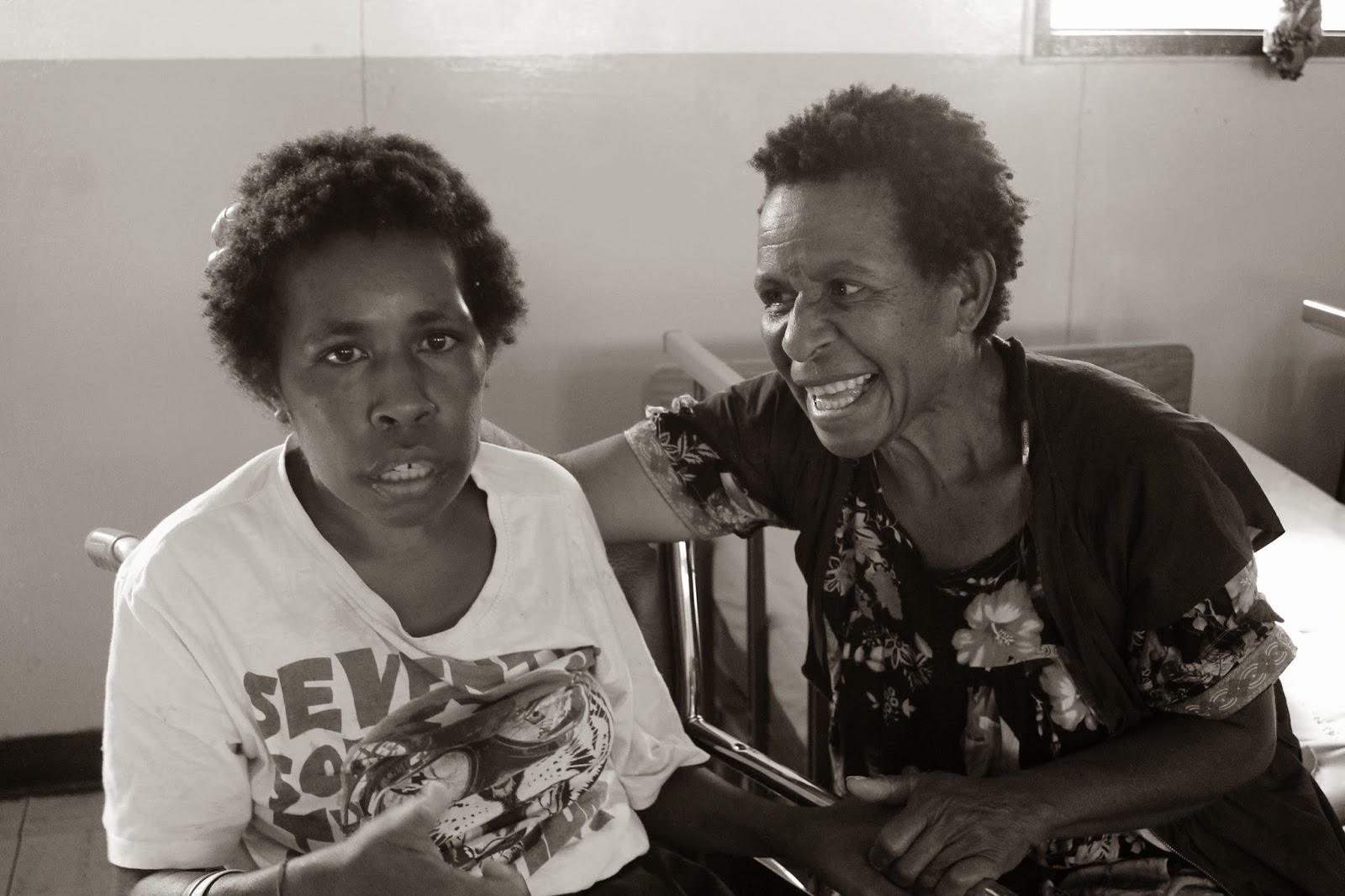 Later that day I cared for a young girl, Rose.  Rose had a cough that wouldn't go away.  I thought she might have asthma or a simple pneumonia, but unfortunately seven-year-old Rose has been living with HIV since her birth, acquiring the disease from her mother at the time of delivery.

Rose's father showed concern for her and affectionately led her around the hospital to get her X-ray taken and collect her records from our HIV department.

Rose's X-ray appeared to show a pneumonia, and her HIV seemed well controlled on her anti-retroviral therapy, so I prescribed an antibiotic and told them to see me again in a week or so.

Although Rose's pneumonia may get better, her reality means she most likely won't live beyond the age of ten or twelve.  Knowing this, her father still cares for her diligently, assures she gets her medical checkups on time and gets her supply of ART regularly at Kudjip. 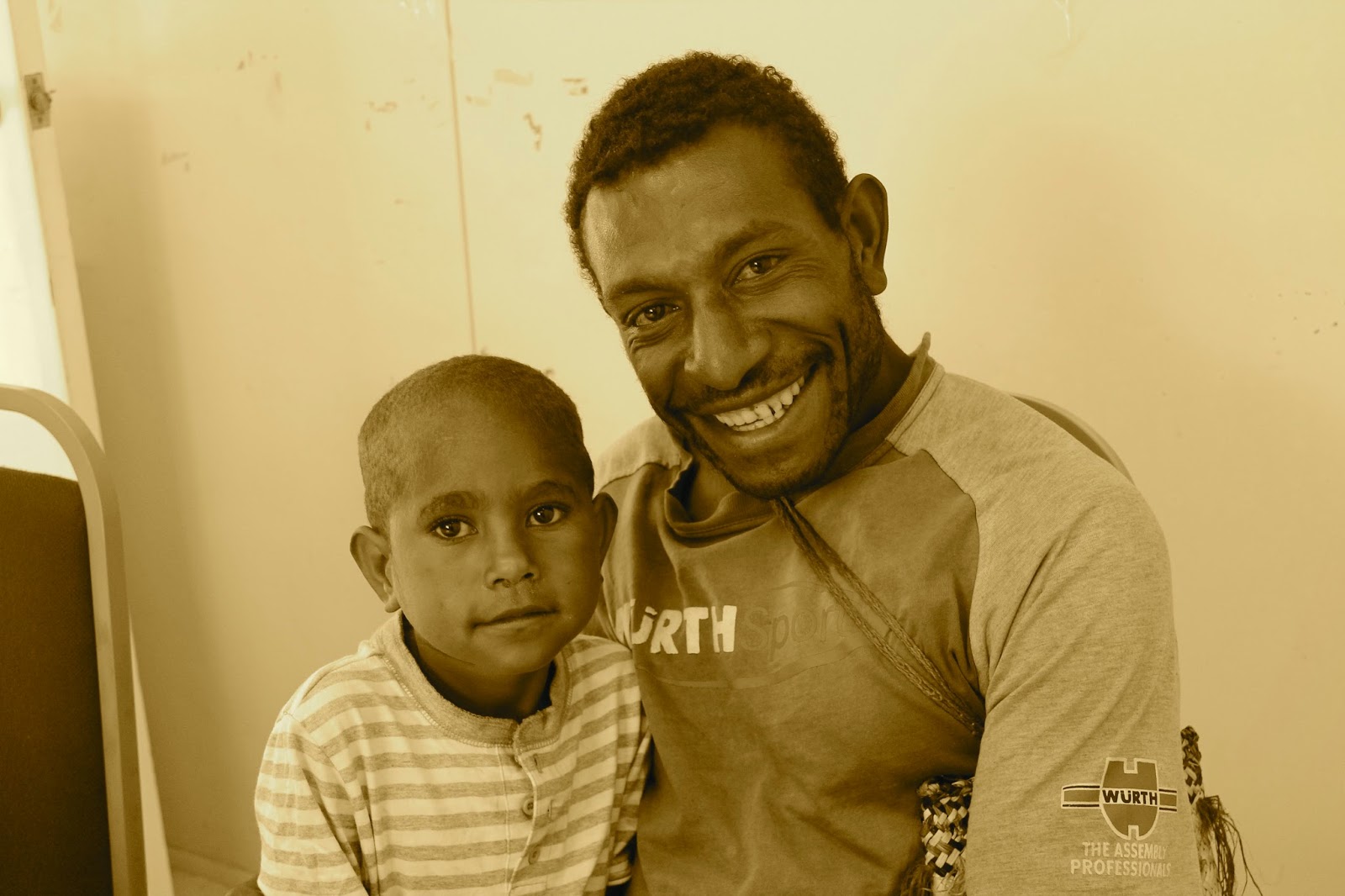 Getting around in Papua New Guinea isn't always easy.  Frequent mudslides, storms and even tribal wars can make roads difficult or impassible.  However, every day pregnant mothers come to Kudjip to get checkups for themselves and their babies.

While most pregnancies will proceed without problems, the poor nutrition, difficulty in accessing medical care and risk of malaria in most women here makes the neonatal mortality one of the worst in the world.

But these women come to get antenatal vitamins, HIV tests, counseling and malaria treatment to give their unborn children the best chance of survival. 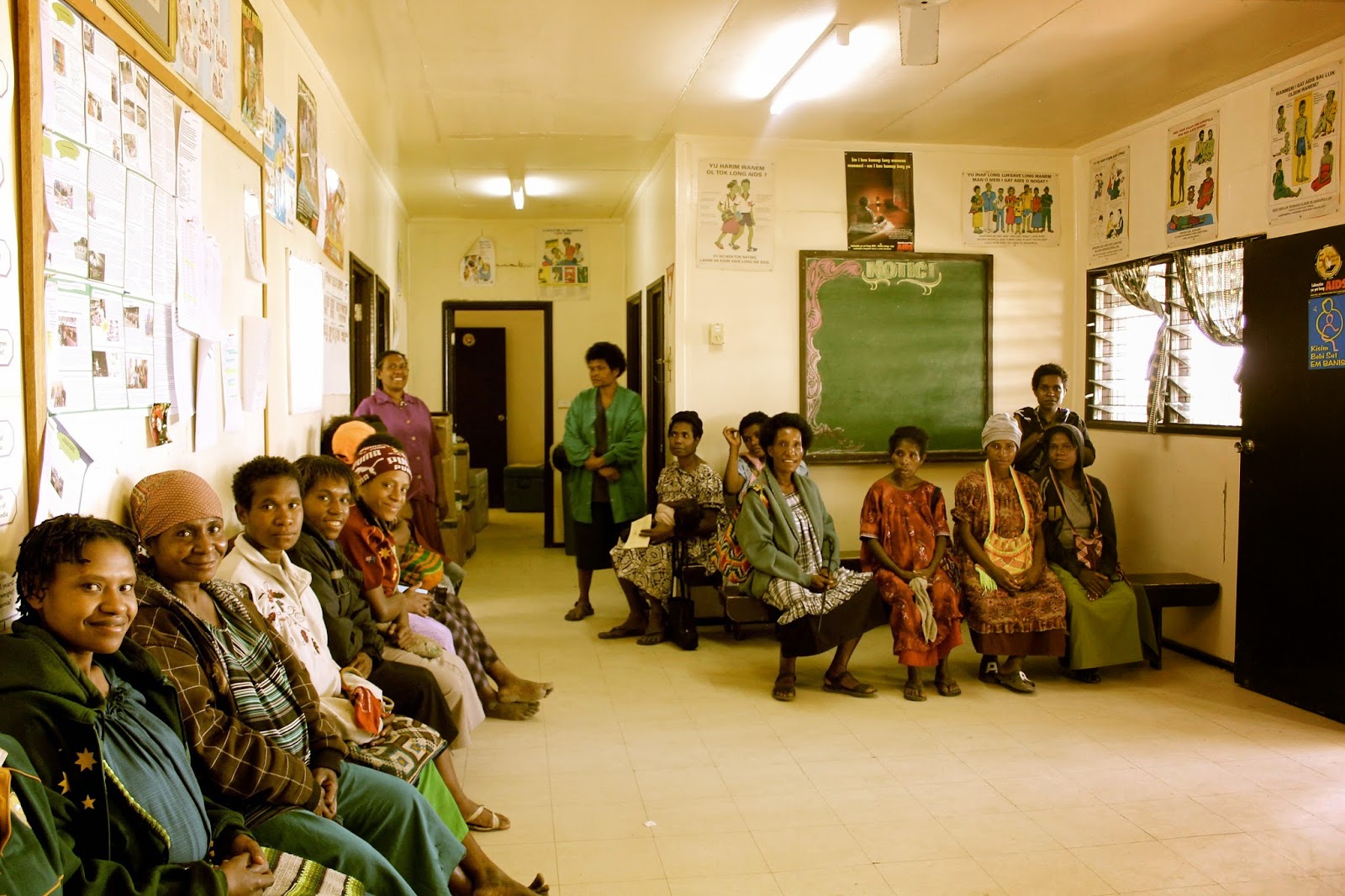 I find it easy to distance myself from patients at times.  There are one hundred and fifty new patients every day in our OPD.  The hospital beds fill up with new people every few days.  The ER sees dozens more each day.  With so many people coming through the doors at Kudjip, many faces get lost in the shuffle.

Yet each person has a unique life, a unique voice and a unique story to find.  At times, I have to slow myself down and really listen for at least one patient every day that I'm supposed to touch, hug, pray for or just cry with.

And in those times, though thousands of miles from home in a new culture and language, I feel like I find someone specific that God sent me here to help.
Posted by Mark Crouch at 12:42 AM