Last week a young woman came to Kudjip hospital in the very late hours of the evening.  She began having labor pains at home, but after an hour or so she was bleeding and her pain increased dramatically.  When she arrived our nurses assessed her and could tell something wasn't right.  After they notified me, I went to the hospital for what I hoped would be a quick vacuum delivery so that I could still get some sleep.

I parked Herbie (our thirty-year-old Suzuki) near the emergency room and covered the short distance from there to Obstetrics ward bringing the ultrasound machine with me.

When I walked into Jenny's room my heart rate went up abruptly.  She was pale, barely conscious and a collection blood was expanding on her bed.  I quickly checked her pulse and had the nurse helping me give her IV fluids rapidly.  Once I had the ultrasound on Jenny I could see that the baby's heart rate was only about sixty, which should normally run over one hundred for a baby in utero.

In the United States, most labor wards are perpetually ready for a "crash" C-section.  That means an anesthetist, operating room, scrub nurse, supplies and instruments can be ready in a matter of seconds to minutes, in the event that a baby is in big trouble and needs to be delivered emergently.  This means that an entire operating room, an instrument kit, a scrub nurse an anesthetist and a doctor capable of performing a C-section are within the hospital walls.  It's an expensive setup to maintain, but it does save lives.

This one room probably costs more than our hospital

As soon as the ultrasound showed Jenny's baby to be in distress, my hopes for the baby plummeted.  The only thing I could feel presenting in the birth canal were blood clots coming out of a cervix that wasn't ready to deliver a baby.  I quickly took more thought for Jenny.  The nurses began a second IV site with additional fluids and I called our laboratory personnel to get emergency blood.  I also mobilized our operating room team for an emergency C-section, having to send a security guard for one of them who lived across station because several phones have been broken lately.

Having received fluids, Jenny looked a little more awake, though still deathly pale.  I scanned her again to see if I could identify where and how she was bleeding so badly.  The placenta was not low (placenta previa) nor could I find an obvious abruption, but the baby was not engaged as well and the heart rate was about twenty.  I watched in agonizing defeat as Jenny's baby experienced its last heartbeats and died before we could get to the operating room.

"For the Lord will not cast off forever.  Though He causes grief, yet He will show compassion according to the multitude of His mercies.  For He does not afflict willingly, nor grieve the children of men."
-Lamentations 3:31-33.

Thankfully Dr Andy Bennett helped me with the surgery.

During labor, Jenny's uterus ruptured.  That means a part of it tore and the baby came out through that opening, rather than descending through the birth canal.  Uterine rupture might be the most catastrophic event that can happen to a laboring woman and her baby.  Though rare, it is the main reason that very few doctors will allow a woman to have a vaginal delivery after a previous C-section because this weakens the uterus, increasing the chances of a rupture.

Jenny's deceased child was delivered from her abdomen and Andy and I went to work on repairing the damage that had been caused by her rupture.  Had Dr. Jim been here she would have had an emergency hysterectomy.  I have no idea how many stitches we put across Jenny's uterus in our efforts to stem the bleeding.  At last, after four units of blood, her blood pressure normalized and her uterus seemed to be clamping off the remaining bleeding vessels.  We closed Jenny's abdomen and left the OR.  I have no idea what time it was.

I told Jenny's husband what happened and he and his brothers wept to think of the baby they lost.  He and Jenny had one daughter and I had tied Jenny's tubes to prevent further pregnancies after the extensive work we did on her uterus.  Her husband told me, "I don't know what this is, but I trust it is God's plan"  I couldn't believe the strength of his faith and prayed with him and their family. 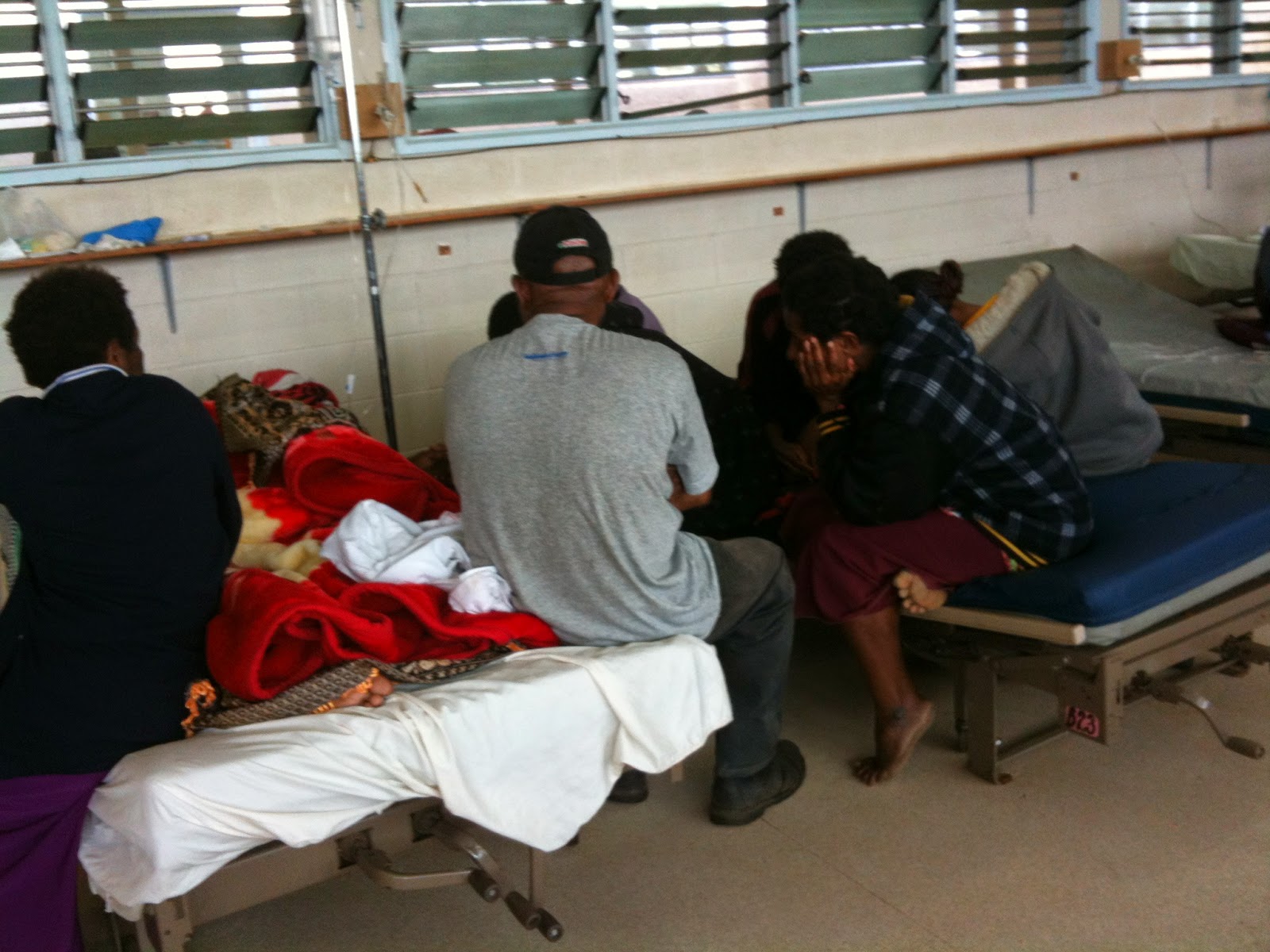 Family members praying on the ward

I have found that the people in Papua New Guinea much more readily accept God's authority over our lives.  Perhaps because so many things happen here that they can't control.  Maybe that lack of control makes them appreciate God's sovereignty.  It reminds me of a man in scripture.

A centurian's servant was deathly ill so he sent for Jesus.  But before Jesus arrived, the centurian sent messengers saying their master felt he wasn't worthy to receive Jesus into his home.

"But say the word, and my servant will be healed.  For I also am a man placed under authority, having soliders under me.  And I say to one, 'go' and he goes and to another 'come' and he comes and to my servant 'do this' and he does it."
Luke 7:7-8 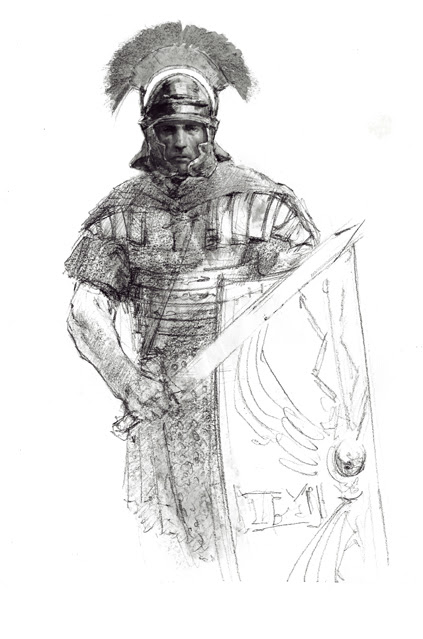 Why wouldn't he see Jesus, if he believed he could heal his servant?  He obviously recognized his great power.  Who wouldn't want Him in their house?  What if saying the word from afar wasn't enough?  Didn't he want to be absolutely sure that his servant would get well?  Wouldn't it be better if Jesus was actually present performing the miracle - had more control over it?

"When Jesus heard these things, He marveled at him and turned around and said to the crowd that followed Him, "I say to you, I have not found such great faith, not even in Israel!"
Luke 7:9

I believe that the only people who really know the magnitude of this story are Jesus and this un-named centurian.  This foreigner to the faith put Israel to shame because he recognized that Jesus had authority and power and that He could use that power to save the sick servant without ever setting foot in the house or seeing the sick man.  Are there other instances in scripture in which somebody managed to marvel Jesus, the son of God?

In this place I am unfortunately reminded of my lack of control frequently.  But I pray that I won't forget about God's sovereignty, and that I would spend more of my time asking for His help and less worrying about my own modest efforts.  I want to be someone that recognizes God's authority and takes confident action on it.

-King & Lionheart
Posted by Mark Crouch at 3:57 AM