On Sunday the 19th of May, one of the politicians in this country threw a great party.  His son graduated from high school and the entire family came to see him and celebrate.  Unfortunately, someone who shouldn't have been driving got behind the wheel and their bus "capsized" (Tok Pijin for rolled over) on the road near a bridge, killing three people at the scene and seriously wounding ten others.  Two subsequently died in the emergency room while I tended to them.  Others had various injuries and, after getting stabilized, stayed in the hospital.  One of them was Gibson.  I wrote about this accident in my last blog post.

Gibson fell through the car as the vehicle rolled over and caught all of his weight on his right leg, dislocating his hip.  Equipment or another passenger fell onto his left leg causing a fracture of his left knee and a large collection of blood to build up in the joint, called hemarthrosis.

I reduced Gibson's dislocation and discovered his knee fracture the following day, which had to be drained through a needle placed into his joint.  Gibson stayed in the hospital about two weeks while his hip remained in traction and we worked a cast around his fractured knee.

I thought Gibson was depressed, and with good reason.  He faced a long period of debility and lost some of his family members in the accident.  But when I told Gibson he could go home, he and his family members accepted my prayers and I saw his first smile in weeks. 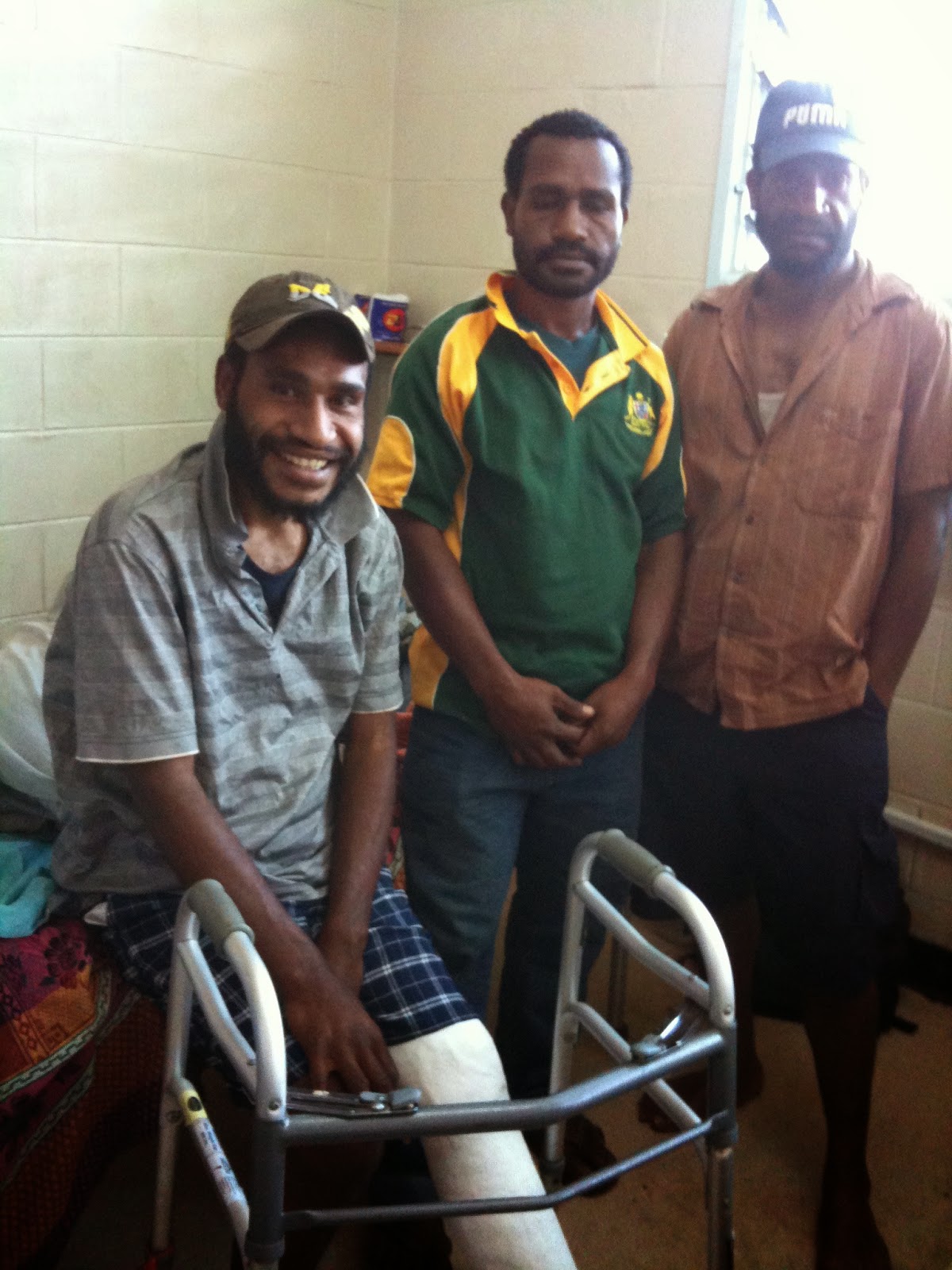 We are currently in the middle of a measles epidemic in our area of Papua New Guinea and half my medical ward was confiscated for additional pediatric cases.

Measles is vanishingly rare in the states, like tetanus, thanks to nearly universal immunization practices.  But in Papua New Guinea children less than five are coming in nearly every hour with high fevers, cough and rashes from this virus.  Measles itself only causes half the battle, it also results in pneumonias and, in several of our patients, seizures.  There is no medicine for Measles.  Children who can't breathe get oxygen, children who can't eat or drink get IV fluids, children who seize get valium and they all get prayers (and vitamin A).

I've tried to stay away from the serial postings on Facebook about immunizations.  But working in Papua New Guinea I must say I am VERY grateful that nearly all children are immunized against these diseases in the US.  Immunizations are extremely effective, extremely safe and save the lives of the smallest and most vulnerable patients.  Please give your children their immunizations.

We've had a relaxing weekend so far.  Saturday Levi and I worked on a project I've been trying to complete for a couple months now.  My best intentions were to give Esther her porch swing for her birthday (April 28th) but due to some power cuts I couldn't get my lumber cut fast enough.  Mother's day seemed the next best target (May 11th).  Unfortunately that day came and went without completion.  Yesterday Levi and I put the decking oil on the swing and as soon as it is dry we can hang it! 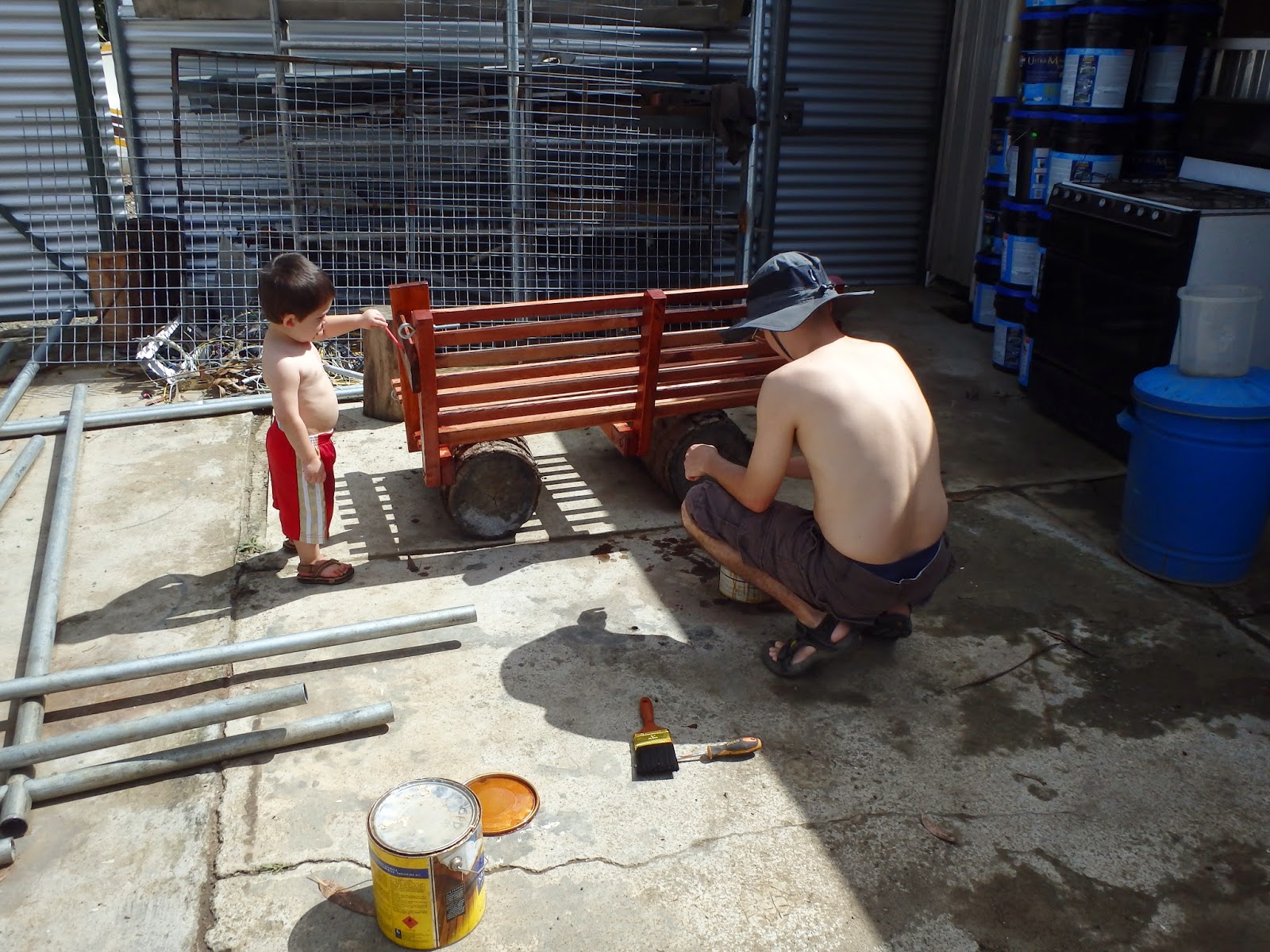 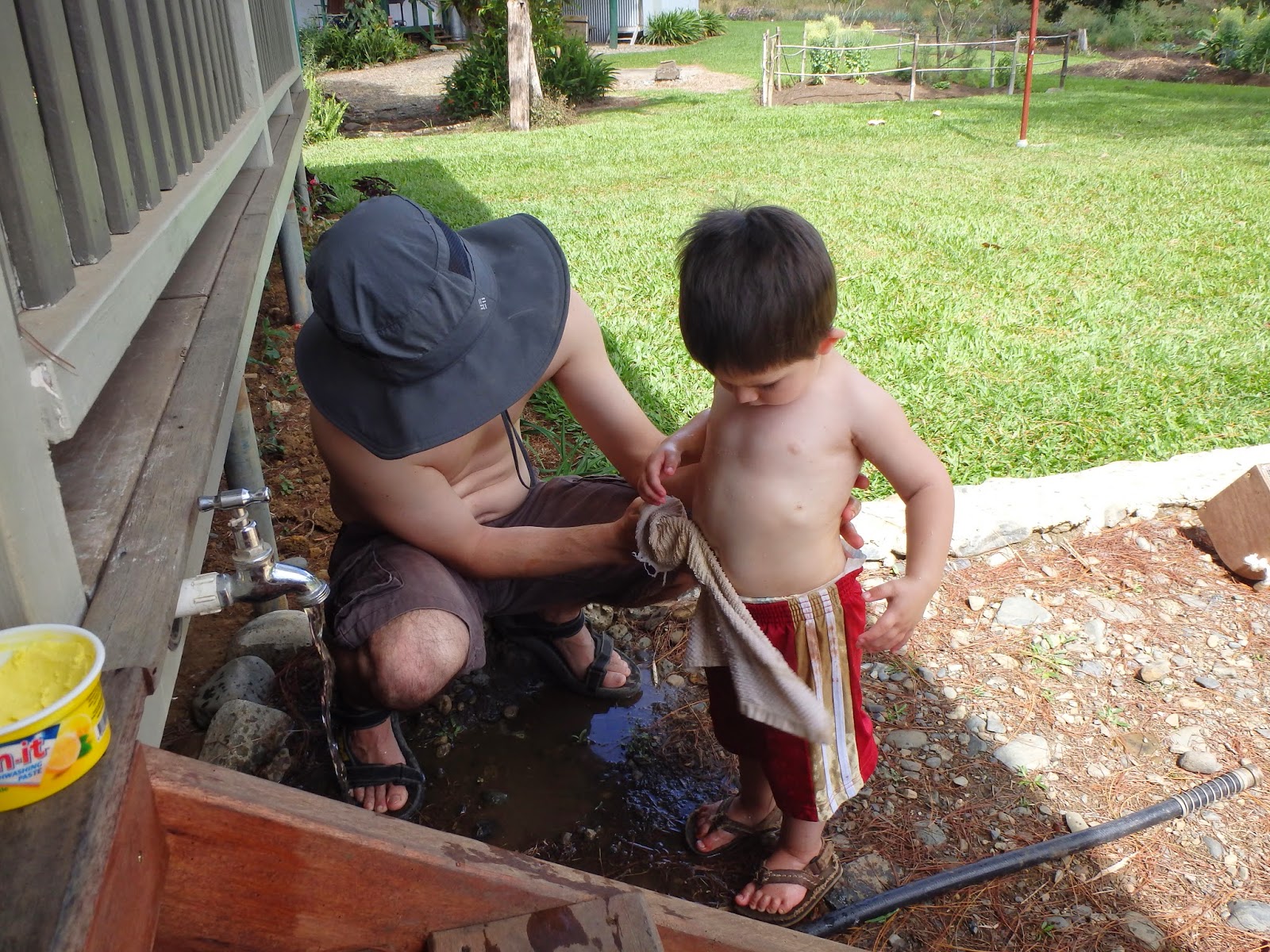 After finishing off the swing, our family joined the Thompsons, Petersons and Morses (a visiting doctor here) to drive our bus down to the reservoir for some play time.  The kids enjoyed splashing in the river and I took a dip in the reservoir and slid down the dam.  I love this addition to our station and hope to resume swimming on a regular basis if I can endure the cold mountain water. 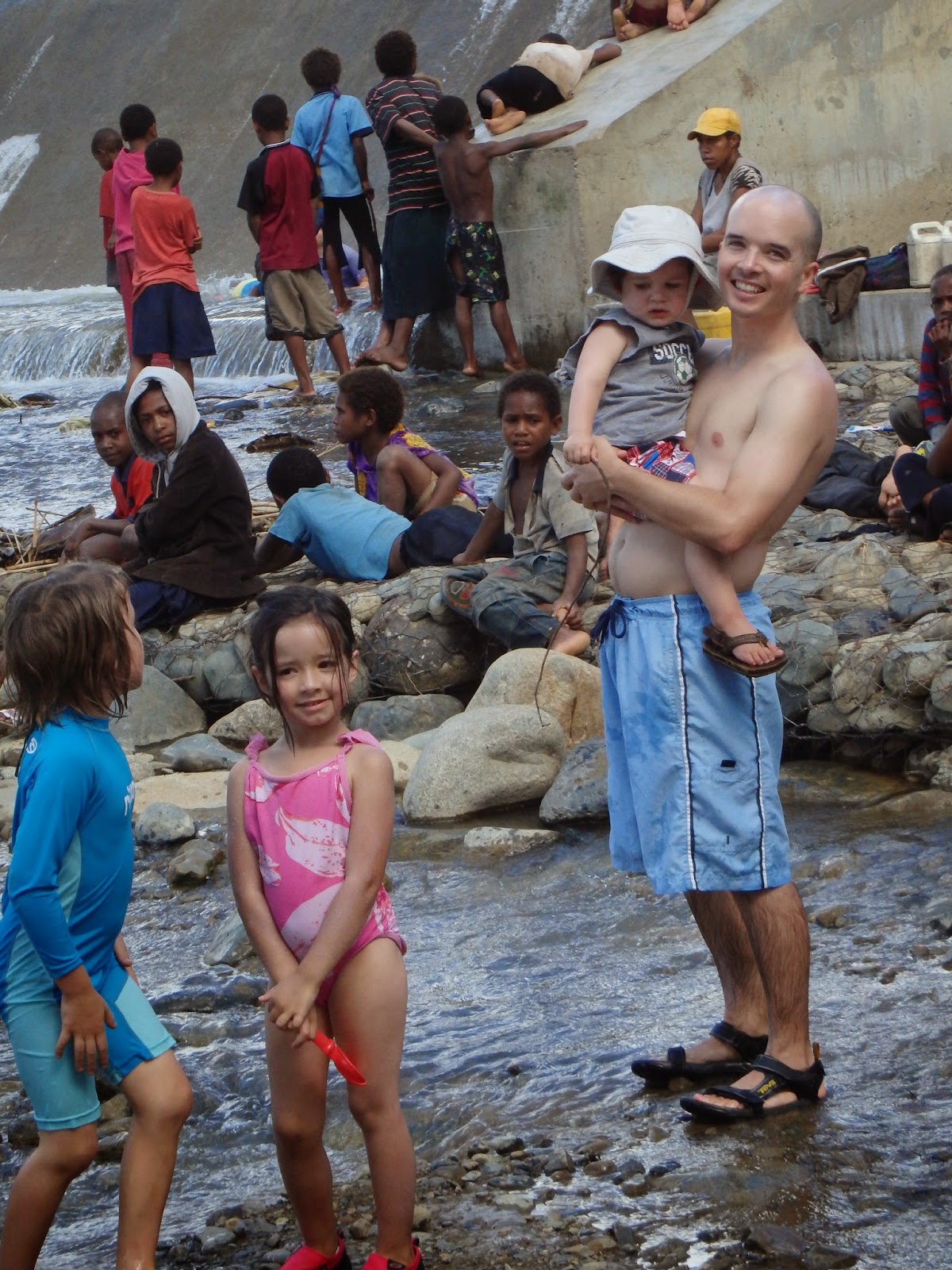 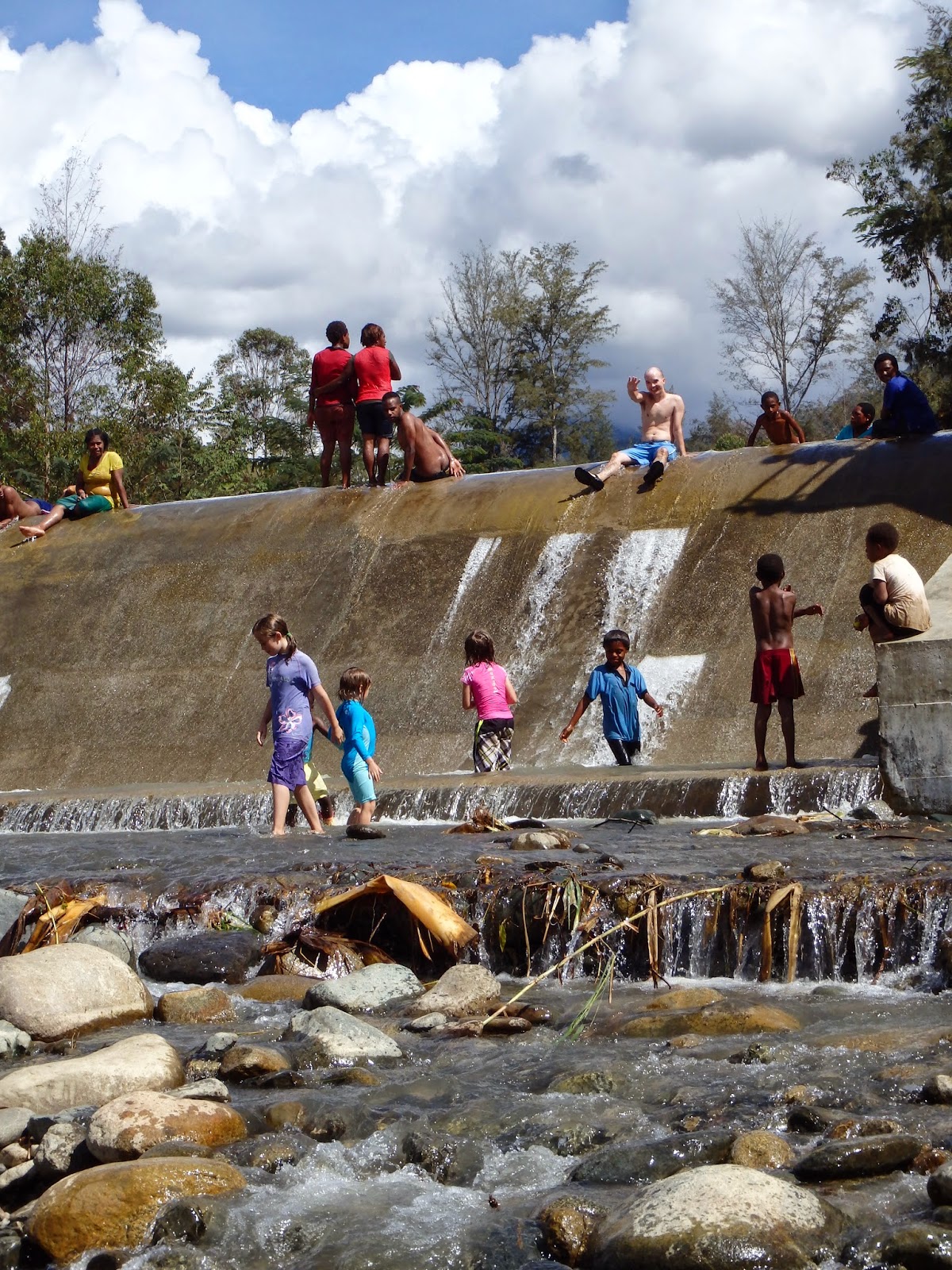 Some shots of the reservoir

Public service announcement: when spending most of your day outside on the equator at 5,000 feet, wear a shirt.  I feel like a lobster.

These days have flown by.  In Papua New Guinea, January becomes June without any change in the weather.  Back home, I got very used to measuring time by seasons and weather but here it's all the same.  The main chronometer around here is Lucy. 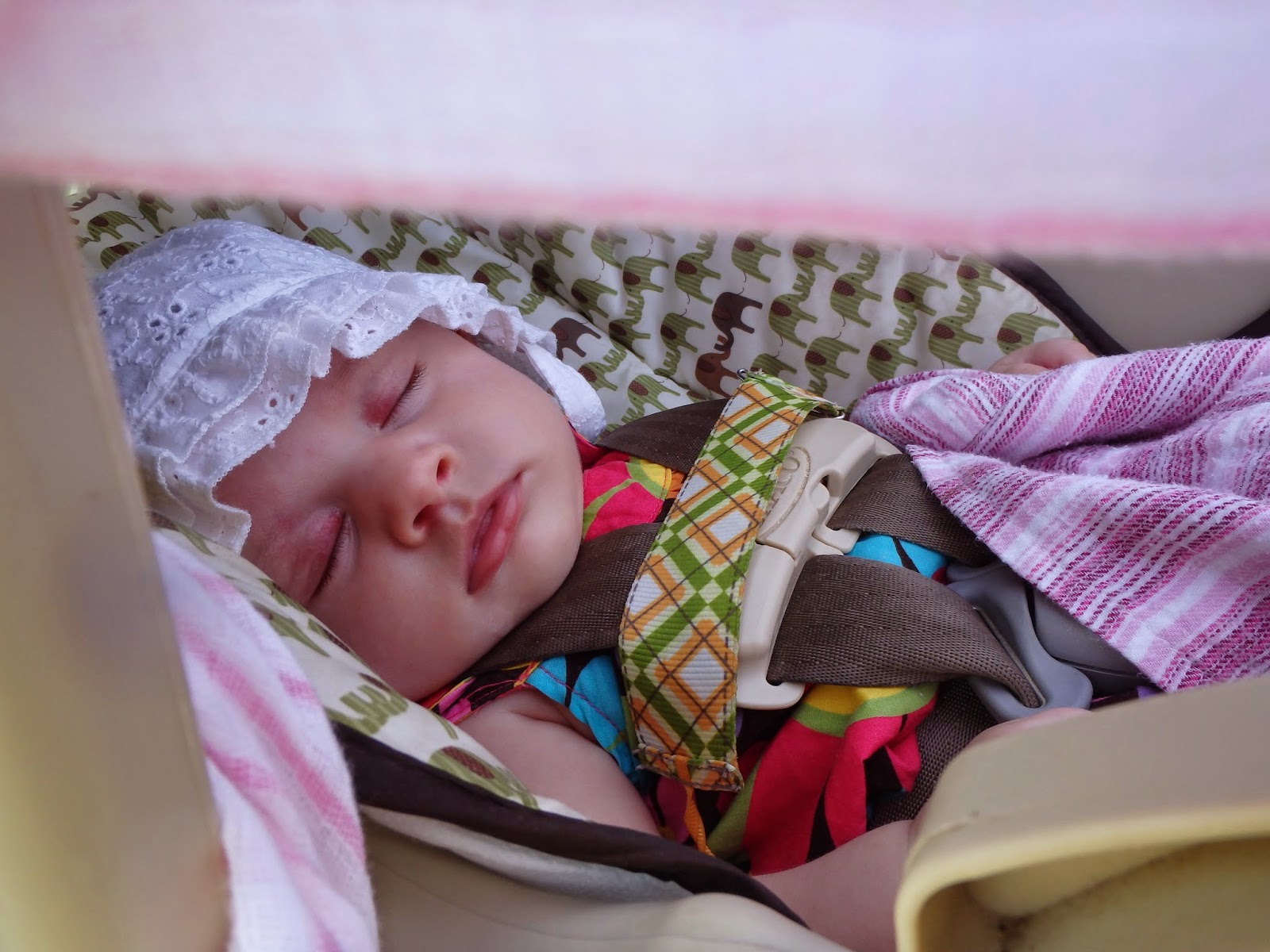 She is growing quickly, topping off U.S. growth curves and smiling and babling regularly.  Someone once told us that with children, the days are long but the years are short.  I'm finding this truer here now that our kids are the only way we can really see how much time is passing.  In fact, we are about 1/4th through our first term in PNG!

Please pray for our family's direction.  We don't want to make decisions about our next steps until after the first year has passed.  But we want to have discernment knowing whether God plans for us to return here or if there are other opportunities He has ahead for us.
Posted by Mark Crouch at 4:53 PM